Robby Thompson was born and raised right here in Dothan, Alabama. After 24 years of manufacturing and sales experience with Sony Corporation, a broken bolt on a show bike he was building, led him into the world of Harley-Davidson sales in Atlanta in 2002. He opened what is now Falcons Fury Harley in 2004 as General Manager and then a dealership in Daphne, Alabama called Eastern Shore Harley-Davidson as General Manager. Robby Has held the title of Finance Manager and Service Manager in his 18-year career with the Harley Dealer Network and is now our General Sales Manager back here in his hometown of Dothan. He owns several Harleys in his collection at this time, builds custom Harleys, and has done a bit of drag racing on a big motor Shovelhead.

Make sure to stop in and say hello!

When you hear someone talk about a motorcycle, more times than not, they are talking about a Harley-Davidson. Why is that you think? Maybe because Harleys are Iconic. This brand has been around since 1903 when 4 young men in a shed in Milwaukee, Wisconsin change the face of transportation in a big way. Or, maybe because they are so comfortable. These bikes have some of the best creature comforts out there right now. Maybe it's because you can customize almost anything on these bikes. Harley-Davidson is one of the most customizable motorcycle platforms on the market. We have the largest selection of parts and accessories out there right now. Not to mention all of the aftermarket items that you can put on your bike to make it a one of a kind masterpiece. Whatever the reason is, I'm glad that it's there. Now that you have your reason for getting a bike, you will need someone to help you on your way to being a Harley owner. Maybe this is your first Harley-Davidson, or maybe you are just adding to the collection. Let one of our sales staff help get you on the perfect bike for you. 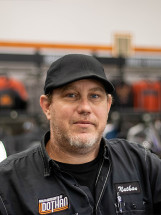 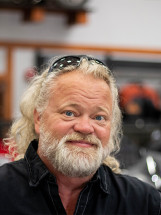